Another successful outing at the Great American Beer Festival!

Just like years past, the Great American Beer Festival came and went before we knew it.

With so much to do, brewing the beer, packaging said beer, submitting the beers, attending/planning events in house and out and about Colorado, we had our hands full the last few months. And in the end all the hard work paid off.

This year we turned in six different beers for judging, Friar Chuck (Kolsch), Cerealiously: Count Chocula (Milk Stout with Count Chocula), Bockstreet’s Bock, Alright! (Dopplebock), Death From Above (Schwarzbier), PDA (Belgian Tripel), and a Toasted Coconut and Mango IPA (our Pro-AM entry). In 2015 Friar Chuck took home a Bronze in the Kolsch category, so we had high hopes for it again at this year’s festival. Sadly, it didn’t make a repeat to the podium this year. 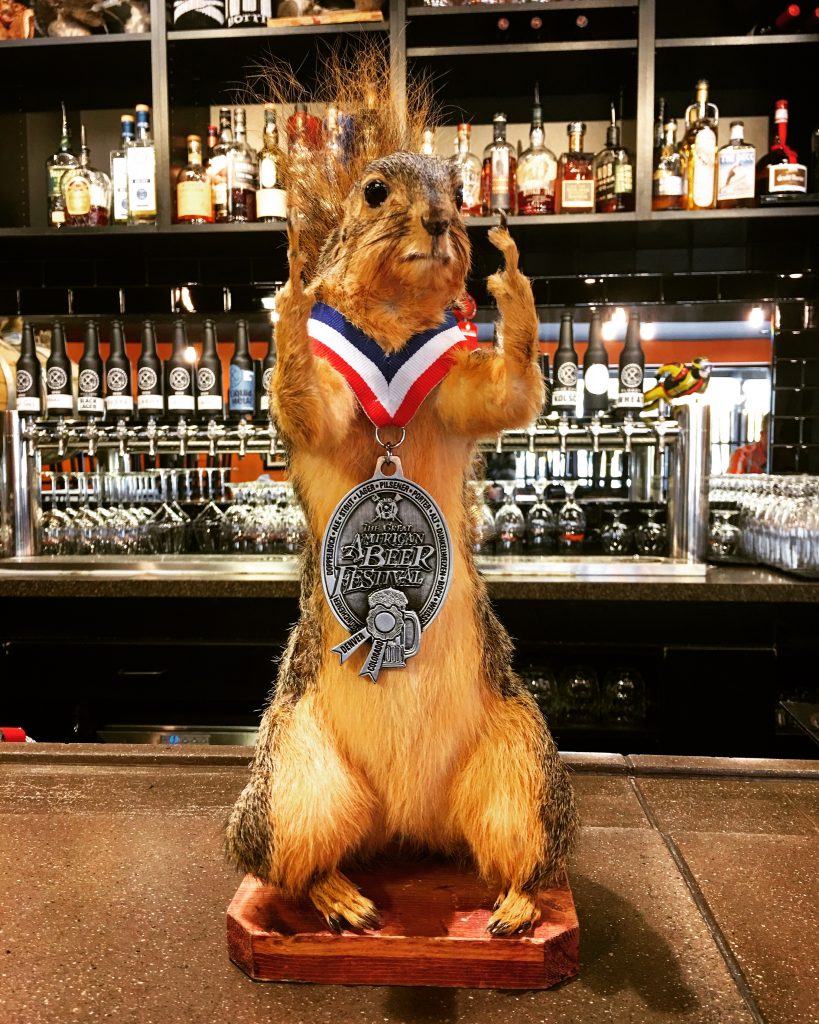 What’s a Belgian Tripel you ask? Well here’s a little bit of info for you to sip on.

Originally, Belgian Tripels, a form of “Trappist Ale”, were brewed in what were essentially Monastery brew houses that would brew beer to feed the community. And the word “Tripel” comes from using up to three times the amount of grain of a “Trappist Simple”, resulting in a much stronger beer. Adding Belgian candy sugar lightens the body giving it stronger alcoholic flavors. The use of Belgian Ale yeast to ferment these beers provides the clove and spice (phenol) characteristics you’ll often find in this style.

Here at BBB we keep it simple, brewing ours with German Pilsner and Carapils malts with Tradition and Saaz hop additions. She tops out at 9.5% ABV when we’re all done and sits at a mild 24 IBUs. Oh, and she’s a real pretty golden straw color.