The 40-Tap Takeover for the GABF 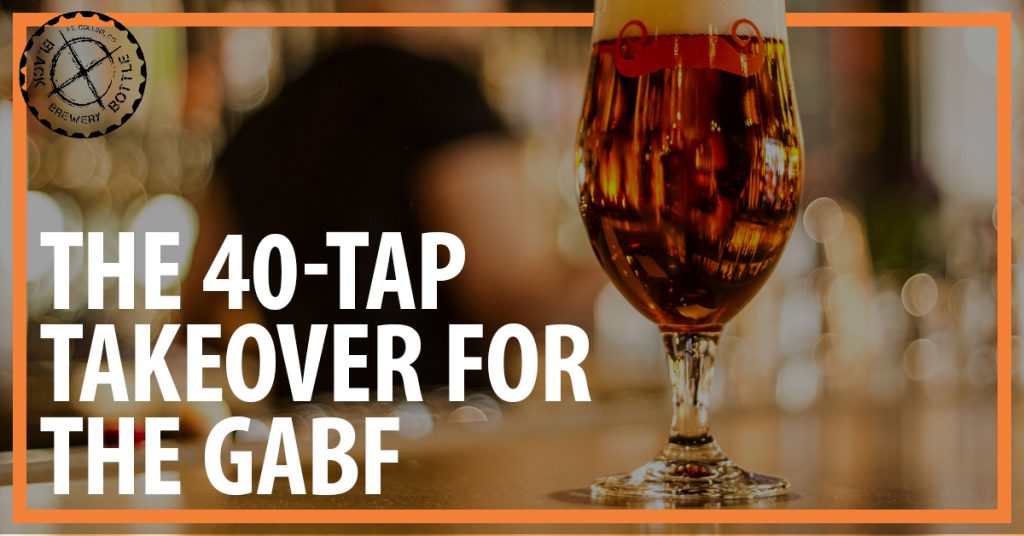 Whether you’re a Colorado native or you just moved to our beautiful state, it’s no secret that we’re a state that loves to drink beer. Not only is Colorado home to major breweries, like Coors and Budweiser, we also have the highest draft production per capita of any state. There’s no doubt about it, Coloradans love beer in every style, color and abv, and that’s probably why we’re home to the Great American Beer Festival (GABF) every year.

The History of the Great American Beer Festival

In 1982, the GABF started as a part of the fourth annual conference of the American Homebrewers Association. From humble beginnings, the GABF grew to be the country’s biggest ticketed beer festival. Only 24 breweries participated in the first GABF, but last year (2016), there were 780 participating breweries. In 1982, they could get away with a 5,000 square foot space, because GABF only had 800 attendees, but with the 60,000 people who attended last year’s festival, it requires a 380,000 square foot space.

The GABF is right around the corner, and if you haven’t bought tickets yet, we’re sad to say that you’re likely out of luck. This year’s tickets have sold out, but that doesn’t mean that you can’t be a part of the festivities.

Here at Black Bottle Brewery, we love the GABF just as much as you do, and we’ve set out to celebrate, like only Black Bottle can. To celebrate this year’s GABF, we are taking over all 40 taps in our brewery with our past GABF winners and entries, as well as all of your other Black Bottle Favorites.

Stop in for a pint or a growler, if available for fill, of your favorite Great American Beer Festival brews from Black Bottle.

Don’t forget to try our other outstanding beers!

In addition to our delectable GABF beers, we are also filling our taps with all of your Black Bottle favorites. So, whether you can’t get enough of our staples, like There Goes the Neighborhood or Scuba Steve, or you have been dying to try one of our collaboration beers, like Music City Cold Beer or Rescue Me, there’s no better time to come into Black Bottle for an ice-cold brewski. Don’t wait, our 40-tap takeover will only go on for the week of the GABF, so be sure to stop by the week of October 5th!